The first Jews are estimated to have settled in Anatolia in the 6th century B.C., making the Jewish community in Turkey one of the oldest in the world. Biblical references in Isaiah (66:19) and Joel (3:4-6) testify to the Jewish presence in Anatolia, pointing to a place called Sepharad in Obadiah (1:20). 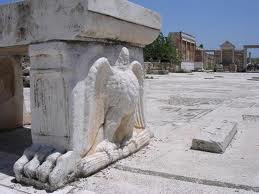 In the 3rd century B.C., Antiochus brought 2,000 Jews to Phrygia and Lydia, thriving civilizations in western Anatolia, and the first synagogues in Asia Minor were built during this time. Cicero informs us that the monies that Jews from Bergama had gathered for Bet Hamikdash (Holy Temple) in Jerusalem were confiscated, confirming in this context the Jewish presence at the time. 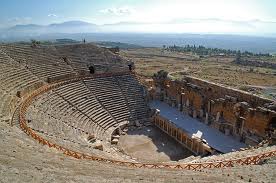 St. Paul was born in Tarsus and lived as an influential and well-to-do Jew until he became an apostle of Jesus Christ. Later, during his many journeys to preach the gospel, he targeted locations in Anatolia with large Jewish communities.

In the first few centuries A.D. there were rich Jewish units in Hierapolis (Pamukkale) and Cappadocia (Kapadokya) in central Anatolia. During the time of the Byzantine Empire, most Jewish communities were settled in western Anatolia and in Istanbul, then called Constantinople. Jews' rights were significantly restricted by laws enacted by Byzantine rulers Constantine, Theodosius and Justinian, and they suffered the most severe blow during the Crusades when Constantinople was temporarily occupied by the Latin Kingdom and the Jewish districts were set on fire. Thus, when Mehmet II conquered Constantinople in 1453, the Romaniot (Byzantine) Jewish community hailed him as a liberator. 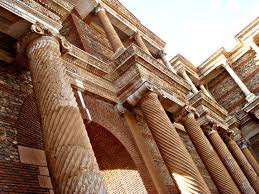 Over the next two centuries, the country became a haven for Jews fleeing repression and expulsion from various parts of Europe, including Hungary, France, Spain, Sicily, Salonika, and Bavaria. Ottomans greatly encouraged Jewish immigration, which became a torrent when Spanish and Portuguese Jews were expelled from their homes by the Spanish Inquisition and fled to Turkey. These Jews used their international connections and linguistic skills to develop the Ottoman Empire's foreign trade.

In the liberal atmosphere of Ottoman rule, Jewish activity flourished and many Jews held important positions. Istanbul was the home of great rabbis and scholars and one of the main centers for the printing of Hebrew books. The community began to ebb in the 17th century, reflecting the decay of the country's international position. In the 19th century conditions for Jews improved somewhat, but economic hardship compelled many Jews to emigrate. The majority settled in the Americas.

Modern Turkey emerged as a secular, democratic republic out of the country's debacle in World War I. In 1992, the Jewish community celebrated the 500th anniversary of the arrival of the first Sephardim. Today, approximately 25,000 Jews live in Turkey as Turkish citizens. The Jewish community is officially recognized by the state through its Chief Rabbinate.