Asia Minor or Anatolia is a large peninsula that protrudes like a bridgehead from Asia towards Europe. 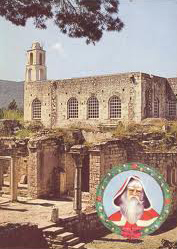 The east of the peninsula is covered with high mountains: Mt Ararat (5,137 metres), legendary resting place of Noah's Ark, is the highest.
Here between high mountains, the tributaries of two of the rivers of Eden, the Tigris and Euphrates flow. In the west of the peninsula the landscape changes.
It is to this different geography that western Anatolia, Asia of the Romans, owes its unique cultural and historical development. 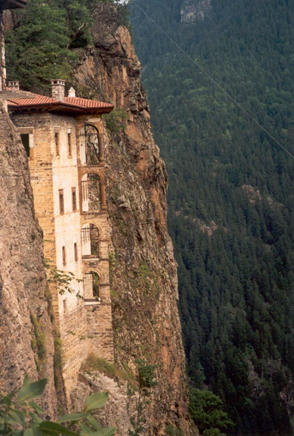 It was in this peninsula Christianity became a world religion. Antioch on Orontes, Ephesus, and Corinth, cities second in wealth and importance in the Roman Empire only to Alexandria in Egypt and to Rome, are inseparably linked with the early history of Christianity. It was in Antioch that the word 'Christians' was first used to refer to the adherents to the new religion. Paul, the tireless apostle, carried the Gospel. Although born as a movement within Judaism, it was in Asia Minor and the immediate lands on the other side of the Aegean that the Gospel first took root, largely as a result of Paul's missionary work. 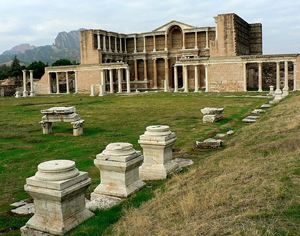 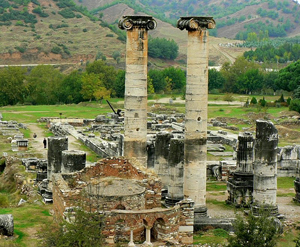 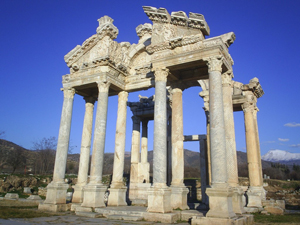 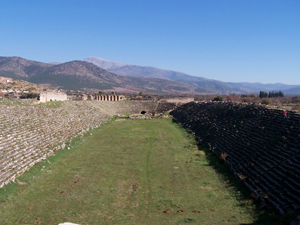 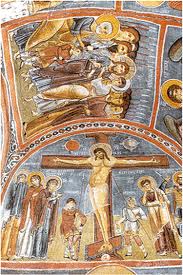 Church of the Holy Cross (Akdamar)